Polestar Education was founded in Sacramento California in 1992 by President Brent Anderson PhD, PT, OCS and co-founder Elizabeth Larkam MA, Feldenkrais Practitioner. Based on local demand, it originated as a provider of continuing education, for rehabilitation specialists interested in integrating Pilates into their practice.

In 1995, Polestar Education LLC was officially organized in Sacramento, California. Both Anderson and Larkam continued to work in their current jobs at Anderson Physical Therapy, Sacramento, CA and St. Francis Hospital, San Francisco, CA, respectively. In 1997, Anderson decided to pursue his doctorate degree in physical therapy and movement science and was accepted to the University of Miami. Polestar continued to thrive under the direction of Anderson and saw unprecedented growth from 1998 to 2000.

In October 2000, Anderson and Larkam dissolved their partnership and decided to go their separate ways. Polestar continued to operate and expand under Anderson. The curriculum is continuously reviewed and enhanced by a committee of principal educators. Polestar has over 30 core educators who teach nationally and internationally. Currently, Polestar offers its education program through a network of over 15 Pilates studios in the USA and 9 international licensees in 28 countries.

Through the years, Polestar has collaborated with the Pilates Method Alliance (PMA) and with reputable Pilates schools in the USA to uphold the integrity of comprehensive Pilates education.

A licensed physical therapist and orthopedic certified specialist for more than 22 years, Brent is a leading authority in performing arts medicine and Pilates-evolved techniques for rehabilitation. He lectures widely at national and international symposia and consults with hospitals, universities, and rehabilitation and wellness companies throughout the world. In addition, he owns and operates Polestar Physical Therapy and Pilates Center in Miami, FL, which serves as a model for the use of Pilates for rehabilitation.

From his extensive background in rehabilitation and movement science, Brent has applied critical reasoning skills and supportive scientific research to Joseph Pilates’ revolutionary mind-body work. He also brings to the Polestar curriculum an investigation of the effects of psychology and energy systems on motor control and motor learning. 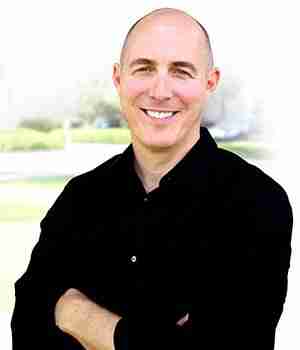